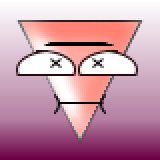 0
The drop down menu ("Kontakt") does not work perfectly. It is shown however, disappears somtimes when you want to select.

Resolved
The discussion has been resolved.

2 responses Add Yours
Discussions are now locked. You will not be able to reply to this discussion
Your Response
Please login first in order for you to submit comments
Ask a question